BACK TO THE BULLETIN BOARD 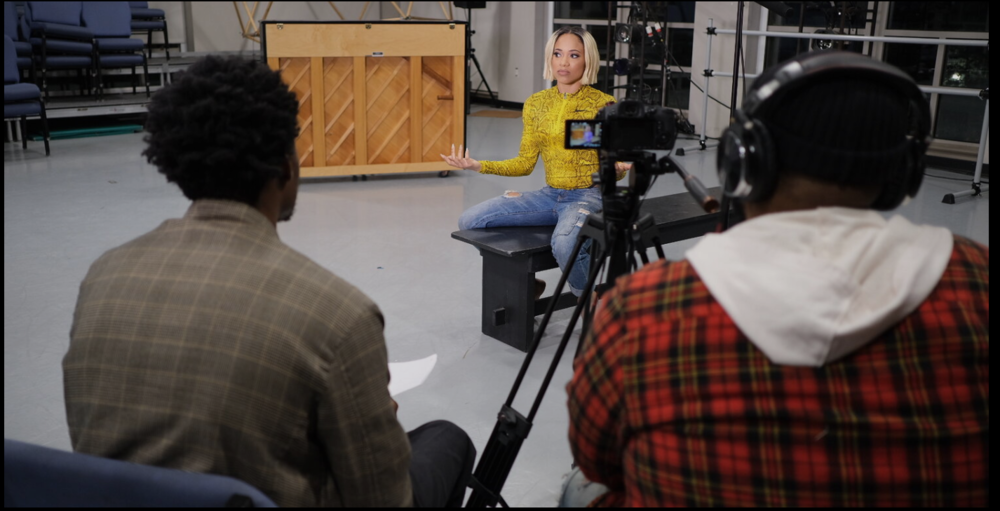 Over the next 12 months, the Listening Post Collective will provide guidance and organizational capacity to Lede New Orleans, as the young startup establishes itself as a robust and representative non-profit community media organization.

Lede New Orleans brings local young adults, experienced journalists and creatives together to produce equitable, community-driven media that informs the public and equips the next generation of diverse storytellers with the skills, knowledge and network they need to drive change in their communities. Through fellowships, journalism and film training, editorial support, and media partnerships, Lede works one-on-one with up and coming storytellers to take a local story from concept to publication.

“There is great journalism being done in New Orleans, but it’s shrinking and, unfortunately, has fallen short in reflecting the full range of voices that make up our community, specifically communities of color,” said Jennifer Larino, founder of Lede New Orleans. “Our fellowship program works to elevate and amplify the young voices in our city’s Black, Brown and LGBT+ communities, helping them tell their own stories and reach a wider audience that needs to hear from them.”

“Lede New Orleans is not only working to educate young people about the multimedia journalism career pathway. We’re also pushing for equity in local media spaces that do not fully represent the communities they serve,” Mason said. “Black communities created so much of what we recognize as New Orleans culture. Yet Black voices are few in local media. The culture has been under attack, and we're striving to reverse the damage.”

In addition to editorial and administrative support, the Listening Post Collective will conduct an information ecosystem analysis, used to understand community information needs and ways to reach and collaborate with audiences. During the 12-month incubation, The Listening Post Collective will guide Lede New Orleans’ development of a three-year strategic framework and a plan for sustainability.

“The Listening Post has its roots in New Orleans,” said Listening Post Collective founder Jesse Hardman. “When we started in 2013, we realized entire neighborhoods were ignored by most local media outlets. One way to change that is to listen to and involve communities in the news process. Lede New Orleans is poised to shift the narrative of who gets heard, who gets to report the news, and how important local information makes its way to the wider city. I’m thrilled that the Listening Post Collective can help Lede establish a new paradigm for journalism in New Orleans.”

Recent work from Lede fellows includes a personal profile of a New Orleans schoolteacher, struggling to decide whether to return to school amid the pandemic, a college student laid off from restaurant work, and a dancer preparing to audition virtually for the New Orleans Saints dance squad. Through interviews, videos, and narrative journalism, Lede fellows are sharing the experiences of local residents who mirror their audience.

As a project of Internews, The Listening Post Collective works to ensure that underserved communities in the United States are represented in and have access to news and information that improves their lives. Since 2013, LPC has supported the capacity of dozens of community-based media projects across the country through mentoring, training, and guidance.

The W.K. Kellogg Foundation (WKKF), founded in 1930 as an independent, private foundation by breakfast cereal innovator and entrepreneur Will Keith Kellogg, is among the largest philanthropic foundations in the United States. Guided by the belief that all children should have an equal opportunity to thrive, WKKF works with communities to create conditions for vulnerable children so they can realize their full potential in school, work and life.

The Kellogg Foundation is based in Battle Creek, Michigan, and works throughout the United States and internationally, as well as with sovereign tribes. Special attention is paid to priority places where there are high concentrations of poverty and where children face significant barriers to success. WKKF priority places in the U.S. are in Michigan, Mississippi, New Mexico and New Orleans; and internationally, are in Mexico and Haiti.

A View From The Ground

It’s always nice to get emails out of the blue like this recent one from a public television program in Texas:

Our show “underwent a dramatic shift and turned its focus to become a community journalism project that really listens to the communities we cover. Your playbook and work was instrumental in informing what we are doing today. We haven't been doing this new work for long, but we've already gotten so much praise from community members who feel like a media organization is finally listening to what they have to say.”

Which takes me back to some of the ideas and projects that inspired us before we started the Listening Post Collective. In the early 2000s I remember listening to Jamie Kalven talk about his A View From The Ground project where he covered public housing in Chicago from within a vacant unit at the Stateway Gardens public housing development. Another project that’s always inspired me is Question Box, a public call box placed in rural parts of India and Uganda. With the push of a button users can connect with service agencies that can help them with questions about public health, education, agriculture, and jobs, or even just do an internet search for them.

As 2021 kicks off we’re thinking deeply about where we’ve been (take a look at our LPC index), how we got there and even more importantly, whose work is inspiring us now and deserves to be highlighted. That’s why we’re creating space in our newsletter every month for some new voices. In this edition we asked some collaborators in Los Angeles and Iowa to share some work related to the impact of Covid-19 on their communities. Read on! -Jesse Hardman

Before we fully embrace this new year, we wanted to share some of what we accomplished over the past 12 months. We're excited to build on this foundational work in 2021.

New Kids On The Block

Welcome to our latest newsletter! This month we're heading back to our roots with a visit to New Orleans, we're sharing what we're thankful for (our newest Listening Post Collective hires), and we're checking in with media in a country that just had a challeng(ed)ing election (not the one you think).